The Princeton Health Care Steering Committee (PHCSC) has launched its new website. Ole Juul was contracted by PHCSC to create the site and with help from SOHC Executive members, Ed Staples and Nienke Klaver, completed the project and is now up and running. The site contains information on the Steering Committee mandate and a complete, one-stop shopping centre for health care jobs and careers in Princeton. Your comments are welcome and appreciated, which can be made on the site.

The October 2014 report on National Health Expenditure Trends by the Canadian Institute for Health Information Health  reveals some interesting and sometimes surprising information. This annual report “provides an overview of how much has been spent on health care annually from 1975 to the present, who the money has been spent on, where it has been spent and where it has come from. It features comparative expenditure data at the provincial/territorial and international levels, as well as Canadian health spending trends.”

One of their key findings indicates that health care spending over the past year increased by 2.1 percent, down considerably from the 7 percent increase from 2000 to 2010. The other interesting finding is that, contrary to provincial and federal predictions, “population aging is not the primary reason health care costs are increasing. In fact, the share of public health dollars spent on Canadian seniors has not changed significantly over the past decade.”

To read the full report, go to http://www.cihi.ca/web/resource/en/nhex_2014_report_en.pdf

About twenty Princeton and Area residents gathered at Riverside Community Centre on November 5 for the SOHC Annual General Meeting. Following approval of the agenda, Nienke Klaver read the minutes from the 2013 AGM and June Hope presented the society’s year end financial statement. Amendments to our Constitution were presented and approved by the membership. Brad Hope conducted the election of the officers. The Executive Board for the 2014-15 term are President: Edward Staples, Vice President: Ole Juul, Secretary: Nienke Klaver, Treasurer: June Hope, and Directors: Judy Short, Lynn Wells, Spencer Coyne, and Bill Day.

Edward Staples thanked the membership for their support over the past year and presented a summary of the Year in Review and the Year Ahead. To view the AGM reports, click on any of the following: 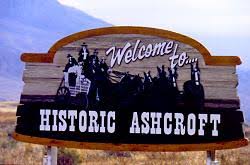 The community of Ashcroft recently made public the Summary Report of the Community Consultation on Health Care held this past September 16 at the Ashcroft Seniors Centre. The document outlines community perceptions regarding health care successes and challenges in Ashcroft. SOHC has been partnering with the Ashcroft and District Wellness & Health Action Coalition in their efforts to develop an improved health care model in their community.

To see the full report, please click on the “Links” button at the top of this page, then click on the Ashcroft Community Consultation Summary Report link. You can also access their website in the same location.