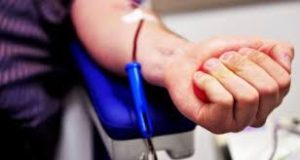 On March 7, 2017, the Similkameen Spotlight newspaper published an opinion piece by Tom Fletcher on Canada’s blood system (click on the link below to read the full article).

Fake news and the blood system

The following  is SOHC’s response that appeared in the March 15, 2017 issue of the Spotlight:

We would like to comment on the article in the March 8, 2017 issue of The Similkameen Spotlight – BC VIEWS: Fake news and the blood system written by Mr. Tom Fletcher.

Parts of the article express political views, including the nature of the BC Health Coalition. Mr. Fletcher has a right to his opinions, which he has expressed clearly. He is correct that the BCHC has membership from union-related organizations – 21 of them. What he fails to mention is that there are 30 other member organizations comprising groups such as pensioners, community organizations and societies (including our own). The implication that union membership in the BCHC prevents it from acting in the best interests of British Columbians is unfounded and biased.

We support Mr. Fletcher’s position that information should be accurate. We agree with him that there is no reason at this time to view commercially produced blood products, regardless of origin, as being unsafe. The Canadian “blood scandal” of the 1980s and the subsequent Krever commission findings secured a world-wide convulsive attention to blood processing of all types.

Canadian Blood Services was created on the recommendation of Justice Horace Krever in order to protect the Canadian public and the taxpayer from exploitation and possible damage from unregulated systems and suppliers.
At this time Canadian Blood Services (CBS) takes the position that plasma, just like whole blood, is a public resource that must be safeguarded for Canadians. The CBS website states “Long-term (underlining ours) security of the plasma supply can only be achieved through increased plasma collection by the publicly funded and publicly accountable not-for-profit blood system operated by Canadian Blood Services.” At this time CBS states on its website that it is working on a Canadian production plan to be implemented following consultations with other agencies and the federal and provincial governments. It has acknowledged that there appears to have been a drop-off in voluntary donations in Saskatoon since the implementation of a paid blood donation system there. They appear to have asked the Canadian government for “… a pause of support for commercial activity”.
All organizations are subject to forms of corruption – especially when money is involved – because they are staffed with human beings.  The Krever resolution of the problem was to eliminate the multiple organizations and jurisdictions and create one clearly accountable and responsible agency.  It appears to us that in this lies the logic for dealing with the matter of securing a Canadian-based blood products supply.  If we want a Canada-based system, then it should be unitary, fully accountable and responsible to the Canadian taxpayer through its government.  Relying on a competitive business model to keep things clean, efficient and honest is simple romanticism.  A review of the last two decades of corporate horror stories including the current Volkswagen, FIFA, Tyco International and Deutsche Bank scandals, not to mention the behaviour of the tobacco industry over the years to date demonstrates this powerfully.”