We’re graduating more doctors than ever, so why is it so hard to find a GP?
ANALYSIS

Christopher Pengilly paid $15,000 to take over a medical practice in Victoria B.C., in the ’70s, beating out dozens of other doctors vying for it, but four decades later when he wanted to retire, nobody wanted to replace him.
“My pants were just about worn out from begging on my knees, can you pretty please take this one and that one,” said Pengilly who spent months finding his patients new physicians after dissolving his practice.
And he says this is indicative of a bigger problem in the province, when it comes to the dearth of family doctors.
In B.C., about 700,000 people, or 15 per cent of the population, have no family doctor.

Dr. Chris Pengilly, ran a medical practice in Victoria B.C., for 37 years but couldn’t give it away when he semi-retired.
This despite record numbers of Canadian medical school graduates, according to health policy experts.
Churning out more medical graduates won’t solve the problem, says Pengilly and others.
“If you doubled the number of doctors, it still wouldn’t help because they’d go into easy things.”

Hospitalists
Pengilly says one of the big challenges is not a lack of doctors; it’s the lack of doctors willing to work as family physicians.
Many choose to become specialists — or focus their practice on a specific need — and a good chunk of them become what he calls “hospitalists.”
On southern Vancouver Island, 66 of the 400 general practitioners work exclusively in hospitals, taking patients from emergency departments, taking medical histories and checking medications.
“They do work. They work hard. They do the grunt work,” he said. 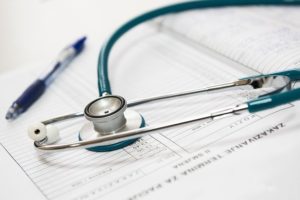 Across Canada, except in some eastern provinces, the physician-per-population ratio in 2015 was the highest ever recorded, according to the Canadian Institute for Health Information, yet many Canadians struggle to find a family doctor.

At the Royal Jubilee Hospital, he says doctors earn $150 per hour and work 40 hour weeks.
They end up making $300,000 a year, said Pengilly.
But they pay no overhead (for rent or staff) and do not have to run their own practice.
Pengilly says a regular family doctor would need to earn $400,000 a year to match their salary and that’s not possible.
“So, anybody coming out of medical school with a big student loan — which do you think they are going to go for?” he said. “So ,how do you fight that?”

Fees outdated
Changing family practice? Fees would help, experts say.
“The fee system, it’s time it was changed. It’s time it was rewritten completely. It’s like an old car. It’s time to dump it and get a new one,” said Pengilly.
In many provinces, doctors can’t bill provincial health-care systems for services patients demand, from doctors’ notes to telephone consultations or refills.
General practitioners have long advocated to have the B.C.’s Medical Services Plan (MSP) cover nominal amounts for services, such as over-the-phone drug refills.

This would cut unneeded visits to walk-in clinics and be cheaper and more efficient in the end.

Doctors get an average of $30 per patient visit.
While doctors can bill $15 for a telephone consult, they end up doing a lot of services for free and handwriting charts, because typists are expensive and cut into their take home pay.
“Can you imagine going to the bank and saying I need to see my statement, and they gave you a handwritten balance of your account?” said Pengilly, who sees a lot of “chronically understaffed” doctors’ offices in his role as a provincial peer assessor.
He’s long advocated paying doctor’s office overhead to attract more much-needed primary caregivers.
If the province paid for family doctor teams — such as office assistants, pharmacists and nurse practitioners — they could easily double the capacity of many medical offices that handle 1,000 to 1,200 patients now, he said.
Policy analysts agree.
“The funding of our system is 50 years old,” said Michael Rachlis, health policy analyst, Dalla Lana School of Public Health at the University of Toronto.

Workload
He agrees physicians are not being used to their potential, in part because new ones have shifting ideas about how a family doctor should function.
“Some of my older colleagues say the younger doctors don’t want to work.
They don’t want to work 80 hours a week and be on call all the time. Well, I say good for them,” Rachlis said.
New graduates want to work in teams and maintain life balance.
They don’t want to fill out forms or do work that doesn’t use their medical degree.
And in the end, experts conclude that’s probably more efficient. But primary health-care teams — aren’t cheap.
And that’s where the doctor shortage fix hits a wall — and patients hit closed doors.
“Governments are not looking for a better way — they are looking for a cheaper way. And it’s not going to be cheaper,” said Pengilly.

‘If you doubled the number of doctors it still wouldn’t help because they’d go into easy things,’ says Victoria doctor Chris Pengilly who has written The Successful and Audit-proof Medical Office: Going Electronic and Paperless.