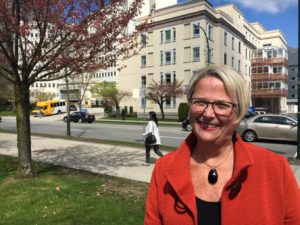 VICTORIA (NEWS 1130) – The woman who will likely be BC’s next Health Minister is already promising an NDP government will crack down on doctors illegally double-billing patients for services already covered by the medical system.

“It is an issue of government laws and regulations and enforcing them, so I think what we’re hearing about lately is, frankly, the tip of the iceberg,” says New Westminister MLA Judy Darcy.

Darcy was the Opposition health critic until yesterday’s non-confidence vote, and believes the ruling Liberals have ignored this type of abuse while patients wait months for surgery.

“We would ensure we are not just shortening wait lists by expanding access to those necessary surgeries, but we would enforce the regulations.”

“Because people are desperate right? They’re desperate. If you’re able to, you pay the 500, a thousand, two thousand, five thousand, but very few people can afford that,” she says. “So it is leading to two-tier health care in a big way.”

Darcy claims she’s asked the Minister of Health to do systematic audits on various opportunities.

“Even that uncovered hundreds of thousands of dollars – certainly, they have not been vigorous enforcing the regulations and enforcing the law.”

When we tried to ask now-former Health Minister Mary Polak about this, she sent us an email indicating audits are now being done on three private clinics and the government expects all BC doctors to comply with laws against extra billing.