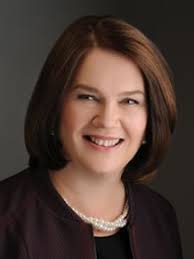 A tweet by Jane Philpott: We will protect public healthcare so people get the care they need based on how sick they are; not how rich they are.

VANCOUVER — The Globe and Mail
To read the full article, click on the following link:

British Columbia has put three private health clinics under audit amid long-standing concerns about the practice of double-dipping, looking at doctors who work in the public system and who also charge some patients extra fees for quicker access to medical care.

“The audit will determine the extent to which extra billing and user fees have been a barrier to accessible care for people in British Columbia,” Dr. Philpott said in a statement Thursday.

In June, a Globe and Mail investigation found significant, unlawful extra billing by physicians through private doctor-owned clinics, where patients increasingly pay out of pocket to access everything from medical appointments to surgery. Provincial laws forbid doctors who bill the public system from also charging patients to access any type of medically necessary service.

The Globe found that because extra billing is not supposed to be allowed, prices that clinics charge for various services are unadvertised, unregulated and all over the map. Not only is the government not reining in those private fees, but, in contrast to the situation in the United States, insurance companies aren’t allowed to step in to negotiate and cover the costs, either. Canadian patients are barred from buying private insurance to cover necessary medical services, except in Quebec, where the law allows it for minor treatments.

Patients interviewed in The Globe investigation said they simply paid the asking price, without question – not necessarily because they had the money, but because they were desperate to get treatment. Some even took out bank loans, not unlike some Americans who have no health insurance. 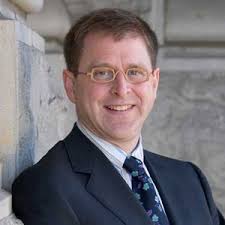 “We have to act to ensure that access to medical care in B.C. is based on need and not on an individual’s ability to pay,” Mr. Dix said in an interview with The Canadian Press.

“That is the reason the law exists and that is something that has been fundamental to Canada’s health-care system for a long time and is something we strongly support.”

Late last year, Dr. Philpott wrote to her provincial counterparts about double-dipping, singling out ways each jurisdiction could tackle the issue.

Health Canada and B.C. decided to proceed with the audits in March, Mr. Dix said to CP, noting that a considerable amount of planning has flowed from that decision.

Ottawa has the power to fine provinces that don’t put a stop to extra billing, but British Columbia is the only province it has penalized in the past five years, with fines totalling a million dollars.

And that is a drop in the bucket compared with the tens of millions of dollars that flow through private-billing facilities each year.

Ottawa gets its data from the provinces – on how much unlawful extra billing it should penalize them for – so the provinces have a vested interest in minimizing those figures.

Ross Outerbridge, a surgeon interviewed in The Globe investigation, said he doesn’t know if the Kamloops Surgical Centre he founded is being audited, but he said these actions are pointless as long as an unresolved court challenge involving a Vancouver surgery clinic drags on.

“It’s clearly in the courts so they should leave it in the courts and have them figure it out first before they start auditing clinics,” Dr. Outerbridge said Thursday.

The challenge was started a decade ago after the province told him that auditors were on their way.

On Thursday, Dr. Day said these three audits do not involve his centre, but he suspects the government might have begun them after he recently pointed out, in his court case, that other clinics have been allowed to continue charging the same fees.

“Since we started our lawsuit, they haven’t targeted any other clinics [until now],” he said.

The federal government is also engaged in the Cambie case, which it believes could have important implications for public health care across Canada.

Mr. Dix said “some of the principles” being defended by the government in the case are similar to the questions at play in the audits.

“It is what the Medical Services Commission in B.C. and the [provincial] ministry of health are defending in that case,” he said.

Dr. Philpott, meanwhile, has also warned other provincial counterparts about extra billing and user fees, noting Ottawa will not tolerate the practice.

She has applauded Quebec for its decision in January to ban user fees, and she has also been in discussions with Saskatchewan officials about upholding the Canada Health Act.

In addition, she has been pushing back against a Saskatchewan law that allows private MRI scans if they are ordered by a doctor and if the private clinic does a second scan to someone on the public waiting list at no charge.

The situation is particularly acute in B.C., where there are now dozens of private medical facilities.

With a report from The Canadian Press