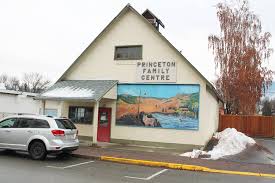 The former Princeton Fire Hall, on Veterans’ Way, has had many uses over the years. The town is donating part of the building’s space to the Anchorage Program.

ANDREA DEMEERNov. 30, 2017 9:30 a.m.NEWS
Princeton has been without a drop in centre for nearly two years

A clubhouse to serve people with mental illness and addiction will reopen in downtown Princeton after more than two years.
“I am so happy that this is getting going,” said town councillor Rosemary Doughty, who worked on the committee charged with replacing the clubhouse.
“It’s taken a long time and it’s coming together really well. They [clients] can bring their club together again where they have a place of belonging. The Anchorage users have been important parts of our community for years.”

The Anchorage Program – which served about 25 people – lost its drop in center in January 2015 when the building it occupied was sold.
It will be up and running again in March 2018, according to Kevin Fraser, manager of mental health and addiction services for Interior Health.

The Anchorage will have a new location, as well as a new operations model.
The new Anchorage clubhouse will be founded adjacent to the drop in center’s former location, on Veteran’s Way. It is the former Princeton Fire Hall, and has also been used as a teen drop in center and an office for Princeton Family Services.
That building – part of which is also used by the Princeton Gun Club as a shooting range – is being made available at no cost by the town, said Fraser.
“The municipality has been very kind in their offering,” he said.

Fraser told The Spotlight that responsibility for the clubhouse will be assigned to a third-party vendor or community partner.
A bid for that contract is currently being advertised.
Fraser said it is common for Interior Health to partner with other groups – for example the Canadian Mental Health Association – to run clubhouses like the Anchorage.
“That doesn’t mean that we won’t work closely with the clubhouse. That’s the way we want to work with all our community partners.”

Fraser said he hopes whoever wins the bid for the contract will be able to expand the services currently offered. Some of those services, for example walking clubs and outings, continued after the former clubhouse closed.

The maximum funding allowed for the project is $69,000 a year and the clubhouse will be open four days a week, for a total of 24 hours, he said.

Sue Alton is a local advocate for people with mental health issues and addiction.
She said the closure of the clubhouse nearly two years ago was devastating to its clients.
“The impact was we had all these people floating around with nowhere to go. The program had evolved so that it was really consistent and stable. They had good professionals that were supporting the program…and then I know after that it was really difficult.”
Alton said a clubhouse “is for people who need those services most. It’s a positive thing that we have finally got something concrete.”

According to Fraser Interior Health had to look very closely at the proposed location, because part of that building is used by the local gun club on Thursday nights and some weekends.
“We went through our risk management department and thoroughly reviewed the situation,” he said. “We assessed the potential risks and found none.”

Lyle Thomas, leisure services manager for Princeton, said while the gun range has a shared entrance with the rest of the building it is separated by walls that are eight inches thick and a triple-locked steel door.
No weapons or ammunition are stored at the facility, and the gun club is not permitted to use the building if there is anyone else present.

The shooting range is also occasionally used by RCMP, according to Corporal Chad Parsons.