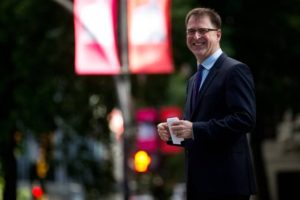 The B.C. government is eliminating PharmaCare deductibles for families with net annual incomes between $15,000 and $30,000.

The move comes as part of a $105-million pledge over three years, with money that will also be put towards reducing the deductible on prescriptions for families that bring in between $30,000 and $45,000 per year.

“No parent should have to make the difficult decision between their family’s health and putting food on the table,” said Health Minister Adrian Dix.

“I have looked at the PharmaCare program for a long time and the need to address the question of deductibles have been an impediment in the ability of people to adhere to drug programs.

“The investment we’re announcing today will make life more affordable for British Columbians, while making sure they get the care they need.”

Around 240,000 families will benefit from the change. It’s the first change that the provincial government has made to deductibles since 2003.

A Ministry of Health analysis found that British Columbians that make less than $45,000 per year often skip out on prescriptions so they can pay for essentials like food and heat instead of paying the cost of a deductible.

“Research shows that many people in this province have not filled or skipped prescriptions because of the cost, and these changes being announced will improve health outcomes by significantly increasing access to important and effective medicines.”