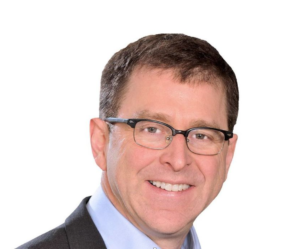 Health Minister Adrian Dix said individuals with an income of $15,000 have been paying $300 a year while those earning up to $30,000 have spent $600 on prescription-drug deductibles. As of Jan. 1, 2019, they will no longer pay any deductibles. JOSHUA BERSON/HANDOUT NDP / PNG

Health Minister Adrian Dix said individuals with an income of $15,000 have been paying $300 a year while those earning up to $30,000 have spent $600 on prescription-drug deductibles. As of Jan. 1, 2019, they will no longer pay any deductibles. JOSHUA BERSON/HANDOUT NDP / PNG

B.C. residents are far more likely to face struggles with medication costs, especially drugs prescribed for mental-health conditions, according to a B.C.-led study published online in the CMAJ Open.

Analyzing the responses of 28,091 people who completed the 2016 Canadian Community Health Survey, researchers from the University of B.C., Simon Fraser University and two Ontario institutions found that overall, 5.5 per cent of respondents across Canada reported they couldn’t take their medications as prescribed because of costs. In B.C., the proportion falling through such cracks in the health system was highest, at 8.11 per cent.

Lead author Michael Law said there are two major factors that appear to be working against B.C. residents. “First, and most obviously, the high deductibles in the public (Fair Pharmacare) drug plan means people face significant front-loaded charges to access medicines. Second, the high cost of living, relative to other parts of Canada, means people have less available funds to spend on prescription drugs.”

Deductibles in the B.C. Fair Pharmacare program are based on net-household income levels. Law said actions the B.C. government announced last week to reduce or eliminate Pharmacare drug deductibles for those with household net incomes below $45,000 will be a help to those who have the most challenges with drug-affordability. According to the Canadian Medical Association Journal (CMAJ) study, those who struggle the most with costs are young adults, Aboriginals and South Asians, those who say their health is fair or poor, those with no drug-coverage plans and those whose household income is lowest. 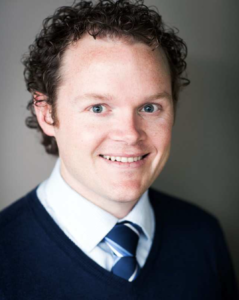 In 2016, 23 per cent of B.C. respondents with incomes under $40,000 said they couldn’t afford one or more prescriptions, Law noted. But under the B.C. government plan to eliminate deductibles for low-income earners, he expects up to 10 per cent more will be able to obtain their prescriptions. Health Minister Adrian Dix said individuals with an income of $15,000 have been paying $300 a year while those earning up to $30,000 have spent $600 on deductibles. As of Jan. 1, 2019, they will no longer pay any deductibles. And copayments for drugs will be eliminated in families with a member older than 79 or with net incomes below $13,750.

The changes will cost the government $105 million over three years and will impact 240,000 families. It’s the first such change in 15 years and was the result of a collaborative effort between the NDP and Green party.

Law has co-authored previous studies showing that B.C. residents are more likely than those in other provinces to cite costs as the reason they haven’t filled prescriptions or have skipped doses of medications as recommended. He credits the Ministry of Health for paying attention to academic research and said it has also done its own “significant amount of internal analysis” on the topic.

Since drugs are intended to heal or control health conditions, the negative consequences to pharmaceutical drug non-adherence (not filling prescriptions or skipping doses) is chronic illness and even death. But there are other consequences too, the authors found, including more visits to doctors and hospitals. As well, those who struggle with medicine costs say they make trade-offs like spending less on heat and food in order to fill prescriptions. The study estimates that 730,000 Canadians spent less on food in order to afford medications and 238,000 turned down their thermostats for the same reason.

The study says many Canadians face substantial out-of-pocket charges for prescription drugs. It shows that 24 per cent of respondents said they used more health services — going to doctors more often, staying in hospitals longer or using emergency departments if they couldn’t afford their medications. The authors acknowledge that a limitation of their study design is that it’s based on patient self-reports, so they may be subject to bias.