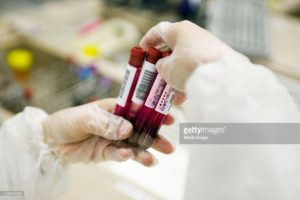 “This is an issue that is very important to me and people around B.C.,” said Judy Darcy, Minister of Mental Health and Addictions. “Our government stands with public health care, and that means keeping the blood supply system a public resource.”

“Canadian Blood Services welcomes efforts to help further strengthen Canada’s voluntary, non-remunerated, publicly funded and accountable collections model,” said Dr. Graham D. Sher, chief executive officer of Canadian Blood Services. “British Columbia has a long and proud history of support for the national system, and we are pleased to see this recognition of the outstanding contributions of the many donors and volunteers in the province.”

“This legislation will help protect the health and well-being of the many British Columbians who rely on our voluntary blood and plasma collection system,” said Rick Turner, BC Health Coalition co-chair. “Making sure that the blood and plasma collected in B.C. stays in Canada is good for Canadian patients and good for the public health-care system.”

The Ministry of Health will initiate investigations into any person or company paying, offering to pay, or advertising that they will pay someone for their blood or plasma. Fines for individuals found to be in contravention of the act will be up to $10,000 for the first offence, and up to $50,000 for subsequent offences. For companies, the maximum fine will be $100,000 for the first offence, and $500,000 for each subsequent offence.

CBS was founded in 1998, and manages the national supply of blood, blood products and stem cells, as well as related services, for all the provinces and territories except Québec. This legislation will assist CBS in protecting its voluntary donor base from competition by private companies.