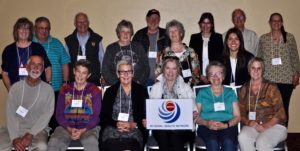 This grassroots organization may be young (it started up in December 2017) but has much wisdom to share.

The BC Rural Health Network is a collective of small communities working collaboratively to advocate for improved health service delivery in rural BC.

The idea to create this group came after a presentation by the Princeton-based Support Our Health Care (SOHC) group at the BC Health Coalition Conference in 2017. SOHC presented a “how-to” workshop on organizing a Community Consultation on Health Care.

The response to the presentation was overwhelmingly positive, and SOHC found itself being approached afterwards by other organizations who either had similar expertise to lend, or who wanted to draw on the hard-earned wisdom of SOHC and other seasoned rural BC community health care advocacy groups. A few weeks later, the BC Rural Health Network was formed with members from the communities of Ashcroft, Nelson, Sicamous, South Shuswap, Trail, and Princeton taking part.

Although the network is still establishing itself in a formal sense – terms of reference for the organization are in the process of being finalized – it has hit the ground running, organizing meetings with key stakeholders (including the Ministry of Health), connecting with other rural communities and adding to its membership, hosting conversations with rural physicians through the Divisions of Family Practice, and planning next steps.

If your BC rural community is looking for information, support, or ideas about how to improve and sustain health care services, check out the BC Rural Health Network online or on Facebook. We’re all in this together.

Rural Coordination Centre of BC