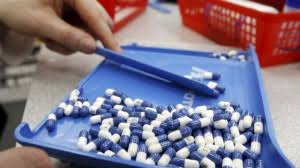 The following article is a December 3, 2014 News Release from Canadian Doctors for Medicare.

OTTAWA—Implementing the first phases of a national pharmacare program would significantly lower costs to the taxpayer, while improving health outcomes and access to care, says a report released today by Canadian Doctors for Medicare (CDM) and the Canadian Centre for Policy Alternatives (CCPA).

Canada is the only country in the world that has a universal health care plan that doesn’t include pharmacare. Canadians pay more for pharmaceuticals than almost any country in the world, with average drug prices 30% above the OECD average. As a result, Canadians paid $33 billion for prescription drugs in 2012. The report reviews research detailing the financial and social impacts of national pharmacare implementation abroad, and shifts in policy in Canada. It finds that implementing pharmacare for at least the 80 most commonly prescribed generic drugs would save governments almost a quarter of a billion dollars annually, while allowing everyone who needs those medicines to access them at little or no cost.

“A national pharmacare plan would reduce the cost to businesses and families for drug insurance, while improving health outcomes and reducing the costs to the health care system of unnecessary hospitalizations,” says the report’s author and CDM chair, Dr. Monika Dutt. “It’s hard to imagine a more compelling public policy priority.”

This report builds on a growing body research, including a study released today by the Institute for Research on Public Policy. These studies have solidly established the advantages of a national pharmacare program for Canada. Research from C.D. Howe, the CCPA, CFNU and now CDM show gains on costs, health outcomes, access and adherence (patients taking their medications as prescribed)..

A national pharmacare system in Canada would improve treatment accessibility and affordability by negotiating drug prices and bulk purchasing drugs to keep costs low, as many jurisdictions now do. By following suit, Canada could provide better care to more people at a lower price than the public now pays.
Among the report’s policy prescriptions: