One of the most exciting projects in which SOHC is presently involved is the Princeton Access to Specialist Care project, funded by the Shared Care Committee, a joint collaborative committee of the Doctors of BC and the Ministry of Health. The goal of the project, which began in November 2014, is to improve and sustain access to specialist care and to support Princeton physicians in providing optimal care.

With appointments made by their family doctor, the first phase is providing local access to specialties in higher demand through outreach clinics where specialists see their patients at Princeton General Hospital. Specialty areas presently being covered include Cardiology, General Internal Medicine, General Surgery, GP Mental Health and Substance Use, Orthopaedics, Psychiatry, Paediatrics, Nephrology, Respirology, and Urology, with more specialty areas being explored.

Since January 2014, there have been approximately 60 specialist outreach clinics and over 450 patient appointments in association with the project. Everyone surveyed has rated their overall satisfaction with their visit as excellent or good. For patients who have missed specialist appointments in the past because of transportation difficulties, the clinics provide much improved access. Numerous patients have stated their great appreciation for the clinics being held in Princeton.

A formal evaluation will be completed at the end of this pilot program. We expect this evaluation will support what we already know, that this project is a huge success. SOHC is hopeful that this program, being sustained within existing resources, may be a model that could benefit other rural communities in our province.

To read his statement, click on the following link:

Good morning to everyone. First, thank you so much to Ed Staples and the Support Our Health Care Society for providing me the opportunity to send a message to you today. I am sorry that I am unable to be at this important community rally with you in person due to other commitments, however, I am with you in spirit!

It is necessary for all of us to recognize and appreciate the good work being done on your behalf by Support Our Health Care, a local grassroots organization that has been both innovative and respectful. END_OF_DOCUMENT_TOKEN_TO_BE_REPLACED 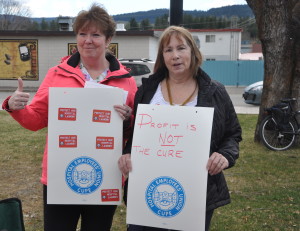 What has the Harper government done so far?
END_OF_DOCUMENT_TOKEN_TO_BE_REPLACED 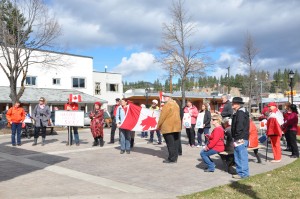