Federal Budget 2016: what about health care? By Vassy Kapelos

When it comes to what Canadians care about, one thing keeps topping the list: their health.

In fact, in an Ipsos poll conducted exclusively for Global News before last week’s federal budget, Canadians ranked spending more on health care as their top priority out of 15 choices.

“People have concerns about health care, it’s a perennial problem in Canada,” Ipsos CEO Darrel Bricker said. “They look at government as being best able to solve that through spending.”

“I thought, ‘OK, the Liberals have won. We’ll see strong federal leadership again,’” she said. “This budget shows that they’re just not interested.”

There is money in the budget for things like tackling men’s health, improving heart health for women and enhancing food safety.

But, it’s what’s not in the budget that’s raising a red flag.

During the election, the Liberals promised $3 billion over four years for home care. That money isn’t in the budget.
“We have seniors being kept in hospital beds simply because we do not have the resources to care for them in our communities,” NDP health critic Don Davies said in question period Thursday. “Why are Liberals abandoning their promise to invest in home care when this money is so badly needed?”

Health Minister Jane Philpott insisted the money is still on the table and she’s working towards an agreement with her provincial and territorial counterparts.

“We are working every day toward a new long-term agreement that will include a number of initiatives, including a $3-billion investment in home care,” she said. “We look forward to announcing that once the agreement has been undertaken.”

A spokesperson for Philpott told Global News work is being done to improve health services, including home care.
“It’s critical that we get this right,” Dave Clements wrote in an email. “We had a very productive first meeting in January with health ministers and will be meeting again in the coming months. In the meantime, discussions continue at the departmental level.”

But critics are also disappointed the budget didn’t say more about a new health accord. Liberals pledged to negotiate one with provinces, and there’s mention of that in the budget; but, there’s no money set aside for it.

The Tories changed the formula for health care money Ottawa sends provinces. The new formula could mean as much as $36 billion less for provinces over the next decade.

“If there isn’t money in there, we’re not going to get that strong health accord that people desperately need,” Silnicki said.

Philpott wasn’t available for an interview Monday, but Clements said the budget is very good for the health and well-being of Canadians, pointing out that growing the middle class and lifting Canadians out of poverty is vital to improving their health.

The following article appeared in the March 14 issue of the Similkameen Spotlight newspaper:

Three years ago a comparison of the Princeton health care system to a hospital patient might have included the words palliative and life-support. The town had three doctors – not close to enough to meet the needs of the population – and only one of those doctors could perform emergency care. People were angry, protests were staged and committees were formed.

Today that same patient may not quite be in the pink of health, but it is certainly much improved and working briskly towards recovery. At least, that is the feeling coming from organizers of the town’s second health care community consultation.

“It feels pretty good,” said Ed Staples, president of the Support Our Health Care Society. “In fact it feels great. There’s the feeling of accomplishment here, and a feeling that there is pride when we recognize the fact that there has been a lot of work done by a lot of different people and we are really pleased by the results. Then on the other side there’s the feeling we still have a lot of work to do.”

The results of improvements to health care were underlined last week when a new doctor began seeing patients at Cascade Medical Clinic, said Staples. Details of the new practice cannot be released until Interior Health makes a formal announcement. “What I can tell you is that as a community resident I’m thrilled that we have four fulltime doctors and two nurse practitioners in our community. That’s really quite exciting when you consider at one point three years ago we only had one doctor that was doing ER,” he said. “We are only one doctor away from having the full compliment of the practitioners for our community. Our hospital and the Cascade clinic are fully staffed. There are no vacancies.”

Staples said the community consultation process, which took place last week over three hours and involved approximately 50 community leaders and stakeholders, produced a much more positive result than a similar exercise held three years ago when local care was in crisis. END_OF_DOCUMENT_TOKEN_TO_BE_REPLACED 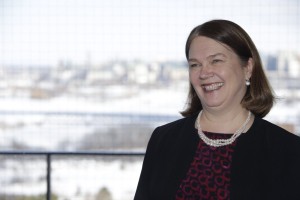 Health Minister Jane Philpott talks about a new Health Accord, the long-term funding agreement with the provinces and territories that she wants signed by 2017, and much more with The Hill Times.

Health Minister Jane Philpott says the new Health Accord will be a ‘fundamental change.’ The Hill Times photograph by Jake Wright

By RACHEL AIELLO
PUBLISHED : Monday, March 7, 2016 3:00 AM
UPDATED : Wednesday, March 9, 2016 7:33 PM
Health Minister Jane Philpott says she wants a new Health Accord in place by 2017. The 55-year-old physician, whose party campaigned on establishing a new era of federal-provincial relations, especially on the health file, said she has the provinces and territories on board in their ‘initial conversations’ and said Health Canada officials are working behind the scenes to move ahead on the deal with new long-term funding.

Ms. Philpott said she anticipates all Canada’s provincial and territorial health ministers will meet a few more times this year on this. They had their first meeting in Vancouver in January.

She said she considers this to be a “fundamental change” to the way the government looks at health care.

“The system was designed in an era where health care was primarily delivered by physicians and primarily delivered in hospitals, and a number of things have changed,” Ms. Philpott told The Hill Times. “We’ve determined that Canadians want their care delivered in their community and at home if necessary, rather than in hospital. There are now many other providers other than physicians that need to be taken into consideration. And so we need to figure out ways to do that.” END_OF_DOCUMENT_TOKEN_TO_BE_REPLACED 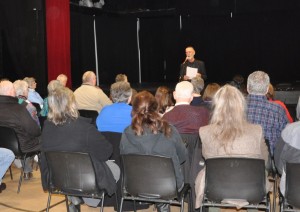