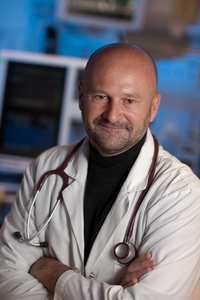 Other health authorities are not severing contracts with private clinics and health minister Adrian Dix told Postmedia that “a significant role for private surgical clinics” remains, as long as they don’t charge patients for surgeries that are typically publicly funded.  A spokeswoman for Island Health in Victoria said it has contractual arrangements with private surgical facilities “and we have no foreseeable plans to change those contracts.” View Royal Surgical Centre is one of the newest such facilities in B.C. and it has a major contract with Island Health for thousands of surgical cases as well as the provision of colonoscopies. Fraser Health also contracts with private facilities when cases can’t be done quickly enough in public hospitals.

According to sources, the provincial government directed Vancouver Coastal Health to cancel its contract with the False Creek clinic. In a statement, Dix said the False Creek clinic had “issues that it needs to address.” After the NDP was elected last year, audits were done on a few clinics, apparently showing that they were accepting private payments by patients, against rules in the Medicare Protection Act.

Dix opened the door for reconciliation: “For False Creek Healthcare Centre, I don’t exclude a future role for their work in B.C.’s public health care system,” he said.

Earlier this year, Dix called on health authorities to open up unused operating rooms. With additional funds from the province, two unused operating rooms will be recommissioned at Vancouver General Hospital and St. Paul’s Hospital. As well, capacity will be increased at Richmond and Lion’s Gate hospitals, Dix said.

Centric Health, which owns False Creek clinic, would not comment on the contract cancellation.

About 60,000 surgical procedures a year are done in private clinics in B.C., and there are currently about 85,000 patients waiting for surgery in hospitals. Capacity problems were illuminated in the most recent report card from Vancouver Coastal Health which stated it was missing its target for performing non-emergency surgeries within medically acceptable times, largely because of nursing and operating room shortages.

Dix said operating room staffing levels have improved so “they can now move some of their previously contracted surgical capacity back in house.” 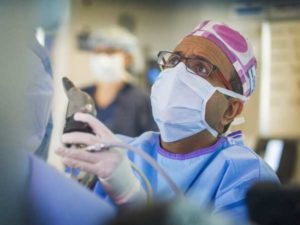 Sinus surgeon Dr. Amin Javer said now that Vancouver Coastal Health was ending its contract with the False Creek clinic, 150 of his patients who were planning to have surgery there would have to “go back into the public health care system, and back onto waiting lists that will get much longer.”

Javer is the surgeon who operated on the B.C. Supreme Court judge presiding over the eternally long constitutional challenge of the Medicare Protection Act — commonly called the Brian Day trial because he’s the orthopedic surgeon who co-owns the Cambie Surgery Centre, which is the lead plaintiff in the trial which resumes next month after a summer recess.

Justice John Steeves was able to have his sinus surgery expedited because of the now expunged contracting out agreement between Vancouver Coastal Health and the False Creek clinic.

In court documents, Javer said he’s been doing about three sinus surgeries a week at the False Creek clinic, in addition to operations he performs at St. Paul’s and Mount St. Joseph hospitals where patients wait up to 2.5 years because of insufficient operating room time.

Reached while travelling in the Middle East where he is teaching and lecturing, Javer said he was distraught by the Vancouver Coastal Health action.

“The government is basically blackmailing the private centres with their Sept. 4th deadline, (saying) ‘if you do private surgery, you don’t get our business,’ even though the public system wait-lists keep growing out of control and ultimately all patients suffer. If an injunction fails for the private centres, the wait-lists in the public system are going to become even more unbearable than they are now. Current waiting lists will immediately double and the small percentage of patients who can afford it will go out of the country to have their surgeries, treatments, and diagnostic tests done. That would be a real shame — it’s a lose, lose situation for everyone.

“The government seems to have forgotten the patient in this radical move that they are trying to make. There is no extra funding to increase volumes in the public hospitals. In fact, we are being told not to work hard and to take time off.”

In an affidavit filed in the Day trial, Javer said he’s been offered jobs around the world. But in an email Wednesday, he said:

“Canada is my country and B.C. is my province. I do not want to move. I’m happy to just work in the public system, but I feel for my patients, so yes, I am exploring options. I already hate the long wait-lists and they are only going to get longer with the current administration. The whole thing makes no sense to me.

“I’ve built a world-class sinus centre. I’ve got thousands of patients depending on my care and I do care about them a lot. If I wanted, I could go work anywhere, but I truly care for Canada, and for my patients. I’m very torn (and) at this point, I’m just waiting to see what happens without making any rash decisions. I feel that someone along the way (people) will see the mistakes being made and start correcting them.”